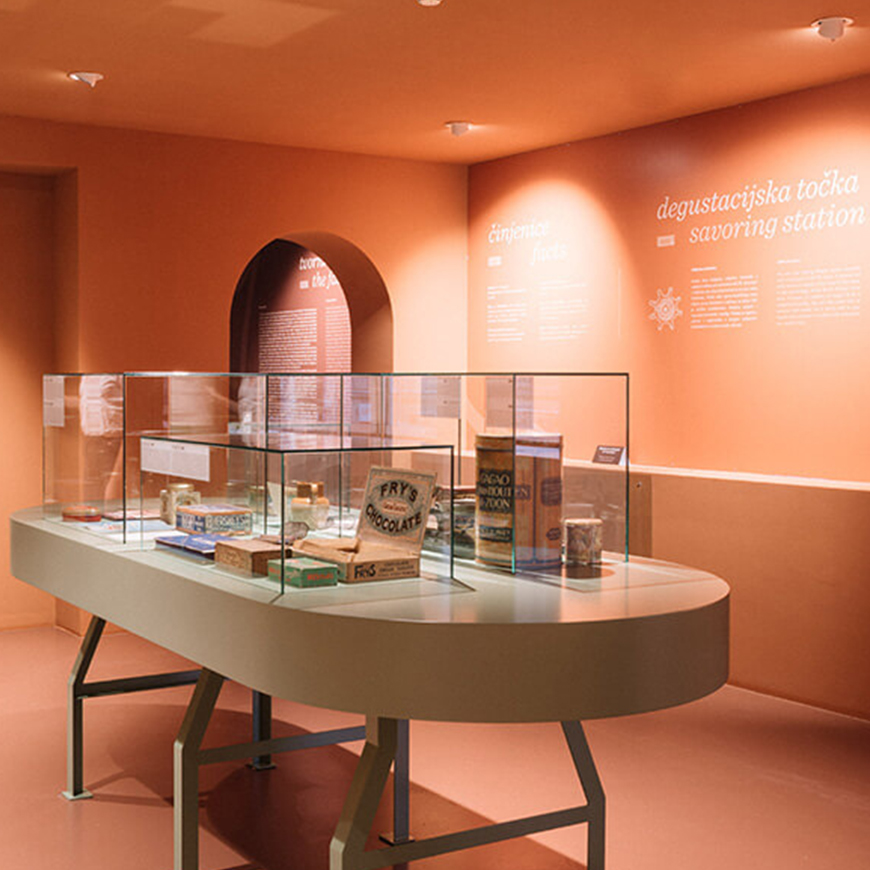 Tour the Museum and Taste Chocolate

Dive into the history of chocolate, from the ancient Aztecs of Mesoamerica over the Belgian praline to the great English chocolate factories. Taste a cocoa bean, chocolate liquor, ruby chocolate, and molten white chocolate. Grind cacao, stir up a chocolate beverage like the Maya. Sit in a baroque European royal court surrounded by centuries old porcelain, find out who invented rice chocolate, who was the first to make chocolate in Croatia, who brought chocolate to Europe, who was the inspiration for Willy Wonka, and who used cacao as money.

Put the Chocolate Museum Zagreb on the top of your list of things to do in Zagreb, as here you will receive a sample box with nine chosen types of chocolate (a roasted cocoa bean, drops of dark, milk, white and ruby chocolate as well as a spoon to try four versions of molten chocolate: chocolate liquor, dark, milk and white chocolate). Every room is a new epoch with new attractions, every room tells a new story, every room has its own taste, every room brings new astonishing historical insights.

Tour the world of chocolate, in Zagreb’s strict city center (two minutes walking distance from the Josip Jelačić Square, in the sweetest museum in Croatia.

The process of evaluating food and beverages using the sense of sights, touch, smell, and taste. The focus isn’t on the act of eating or drinking, rather on the conscious degustation maximizing the experience of taste and aroma.

This website uses cookies to improve your experience while you navigate through the website. Out of these, the cookies that are categorized as necessary are stored on your browser as they are essential for the working of basic functionalities of the website. We also use third-party cookies that help us analyze and understand how you use this website. These cookies will be stored in your browser only with your consent. You also have the option to opt-out of these cookies. But opting out of some of these cookies may affect your browsing experience.
Necessary Always Enabled
Necessary cookies are absolutely essential for the website to function properly. These cookies ensure basic functionalities and security features of the website, anonymously.
Analytics
Analytical cookies are used to understand how visitors interact with the website. These cookies help provide information on metrics the number of visitors, bounce rate, traffic source, etc.
Advertisement
Advertisement cookies are used to provide visitors with relevant ads and marketing campaigns. These cookies track visitors across websites and collect information to provide customized ads.
Marketinški
Functional
Functional cookies help to perform certain functionalities like sharing the content of the website on social media platforms, collect feedbacks, and other third-party features.
SAVE & ACCEPT